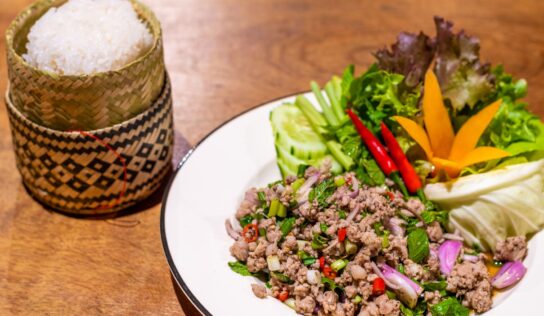 Laos is steeped in tradition and the impacts of its rich culture are seen throughout every day life. From its glittering temples and saffron-clad monks, to intricate handicrafts, a wide variety of ethnicities and languages, a long history and in more recent times, the legacy of the “Secret War”. There is much to learn about and discover on a holiday in Laos. 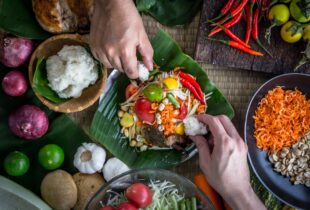 There is no better way to understand Lao culture than through the medium of Lao food. Join us on this culinary exploration of Lao food and insight into Lao culture. Better still, follow this up by visiting an enjoying a traditional Lao meal. 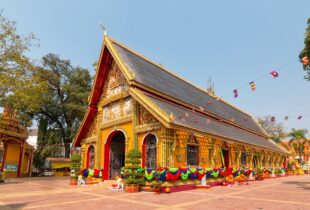 24 Hours in Vientiane is simply not enough, so check out our recommendations for your second day in Vientiane, with plenty to see, do and eat! Get ideas often overlooked by visitors and residents alike! 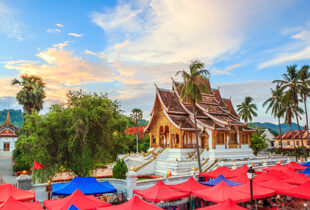 Get a great insight into how to spend 24 hours in Luang Prabang, Laos. From temples to sunset cocktails, beautiful botanical gardens and the finest in traditional art and crafts, this will give you an insight into a region of Laos with so much to offer. 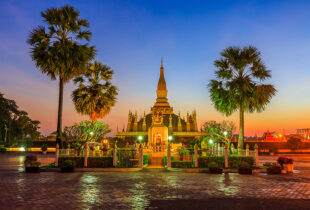 With just 24 hours to explore Vientiane, what should you do? Vientiane has a wealth of hidden gems to discover for those wanting to get a real feel for this charming city. Read on for some great inside tips on what to do in Vientiane. 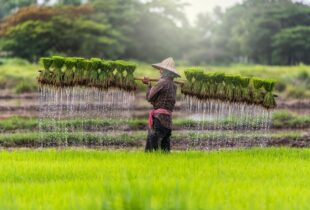 Laos is a foodie’s paradise, especially for those looking to add an experiential flavour into the mix. Ever had a yearning to milk a buffalo, plant rice in paddy fields or to harvest your own coffee beans while learning about and enjoying the fruits of your labour? Then Laos sounds like a place for you! 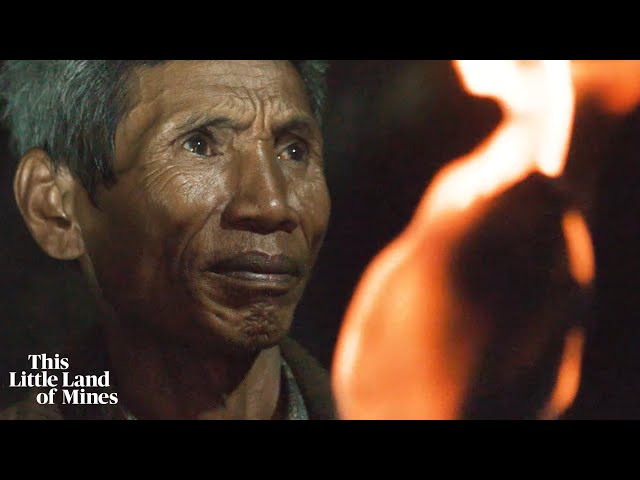 This Little Land of Mines and The Secret War

This Little Land of Mines tells the stories of how Lao people have been, and still are, impacted following the US bombing of Laos from 1964 to 1973 during the Secret War.  During this time, the U.S. dropped over two million tons of ordnance on Laos during 580,000 bombing missions - equal to a planeload of bombs every 8 minutes, 24-hours a day, for 9 years. 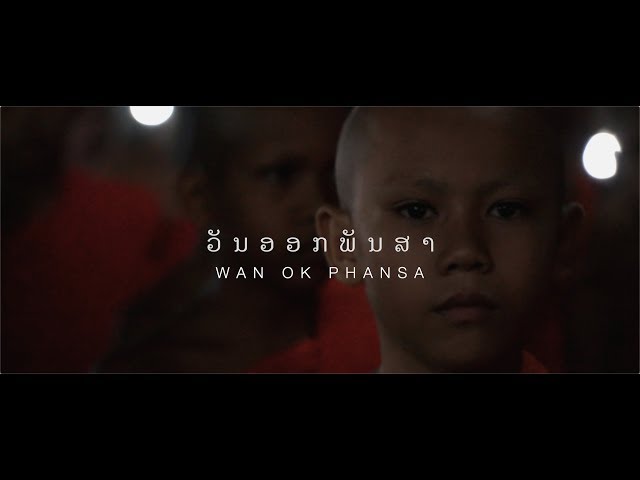 The Festival of Lights – Ok Phansa

A short film depicting the three stages of Laos' and Festival of lights, known as Ok Phansa. This festival celebrates the end of Buddhist lent. First, a procession of people from all regions walk through the city carrying candles to the river temple. Here, they light lotus leaf boats carrying incense and candles and send them down the Mekong River. 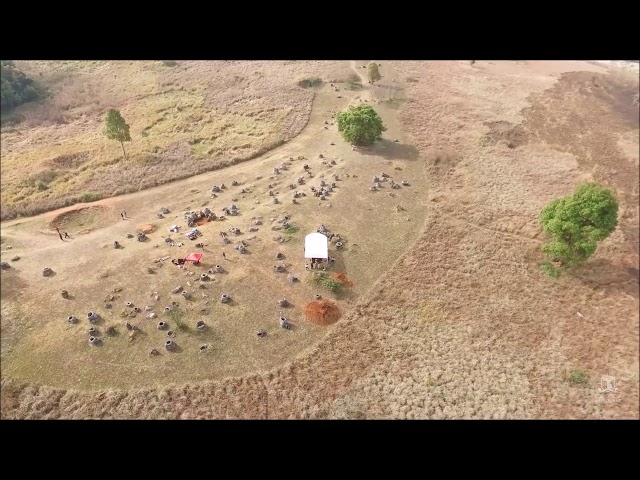 The mysterious Plain of Jars in Laos, which is giving archaeologists clues to an ancient civilization, has just joined the list of UNESCO World Heritage protected sites. 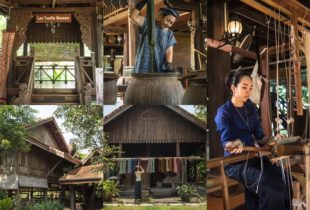 10 Exciting Things to do in Vientiane

A gentle city with gentle people. Vientiane is known for its old world charm, from the slow pace of life to the kindness of the locals, a foodie heaven where you can sit alongside the colonial buildings, drinking some of the superb locally grown coffee as the Mekong glides by.  Some of the real joys in 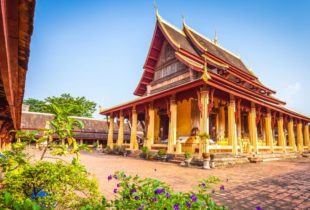 Folklore, religion and history combine in the stories behind many of Vientiane’s temples. The oldest and one of the most fascinating is Wat Sisaket. Learn more about this fascinating temple which is a must-see on any visit to Vientiane

The Rocket Festival in Laos

7 of 10: top photographic locations in #Laos. The

6 of 10: top photogenic locations in #Laos. The ho

5 of 10: top photogenic locations in #Laos. One of

4 of 10: top photogenic locations in #Laos. The ri

3 of 10: top photogenic locations in #Laos. The Na